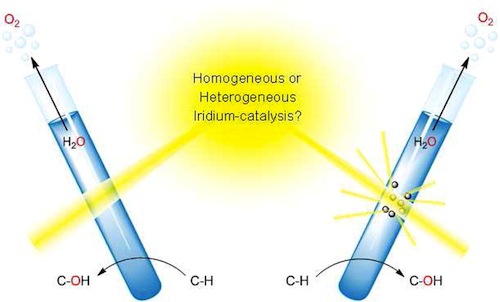 The use of in-situ light scattering to monitor the formation (or lack thereof) of iridium oxide nanoparticles during catalyzed water-oxidation reactions helped to resolve a key debate in the field.  As of August 2015, this paper from 2012 has been cited nearly 70 times.  Ulrich Hintermair is now the Whorrod Research Fellow at the Center for Sustainable Chemical Technologies at the University of Bath.